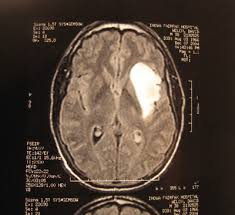 I was having a discussion about cell phones and brain cancer with my wife yesterday. When will we (as a health care community) decide that we have enough evidence to either substantiate or refute whether cell phones cause brain cancer? According to CNN, a report from the World Health Organization on a decade-long investigation called Interphone will show a "significantly increased risk" of some brain tumors "related to use of mobile phones for a period of 10 years or more." I don't think we've ever really looked at 10+ years of data in the past.

Are we simply dealing with issues related to recall bias? Is the root of the issue analog vs. digital? Have modern smartphones increased the risk due to their ability to transmit significantly larger amounts of data? Will we see everyone using speakerphone and ear pieces? How much longer will this topic be considered "controversial?" When will we decide that the evidence is compelling?

Personally, I think that we will eventually see stronger bodies of evidence suggesting that the association is real. What I don't know is: how strong is the association? I always use a Bluetooth headset or speakerphone whenever I know that I'm going to have a long phone conversation.
Posted by Unknown at 5:05 AM