Recycle your old smartphone into a GPS navigator 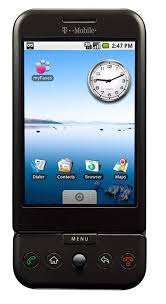 I like to keep my old gadgets. I realize that it may not be practical to keep them, but I like to play around with them and reminisce. I'm currently using my old HTC Titan (XV6800) as a standalone GPS navigator. Well, Google Android users who have the old T-Mobile G1 are keeping them and recycling them as GPS navigators. Google's updated Maps software (Navigation) provides turn-by-turn directions. Some people out there are finding ways to get Google Navigation to work on the HTC G1 (this is called hacking by some, and tweaking by others)

So, Google Navigation isn't only for the Motorola Droid if you're a developer or hacker. I don't have a G1, so I won't be trying this at home. If I had a G1, then I'd be really tempted to see what the XDA developers are up to.
Posted by Unknown at 7:26 AM