iPhone "mini" to appear on Verizon next year? 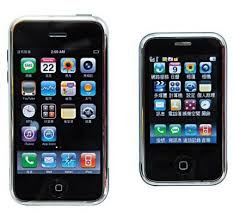 When it comes to Apple, I never know which rumors to believe. One of the latest rumors is that the Apple iPhone will come in a "mini" or "nano" version and appear on Verizon Wireless next year.

The current iPhone is a nice size, but I'm sure there are some people out there who wouldn't mind having the option for a smaller iPhone. I say this because we see that the current iPod nano is extremely popular. Sometimes, smaller is better. When you're exercising at the gym, you want a small music player. I see people strapping an iPod touch on their arms, but why do that if you can use a much smaller device?

So, will we really see an Apple smartphone (iPhone or iPhone mini) appear on Verizon next year? I'd have to think that Apple would be foolish not to leverage the broad Verizon network to expand their sales. My prediction is that by the middle of 2010, we should see almost every major smartphone operating system (maybe with the exception of Palm webOS) offered through every major U.S. mobile phone carrier. Google Android, Apple iPhone, RIM BlackBerry, and Microsoft Windows Mobile. You'll actually have the ability to pick and choose your smartphone OS without switching carriers. What a novel idea!
Posted by Unknown at 9:26 AM