Will Apple surprise us with a Tablet before the holidays? 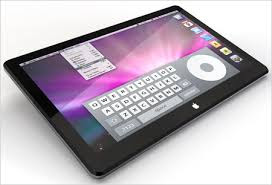 Rumors of the Apple Tablet seem to come in waves. Before the launch of the latest iPod nano and iPod touch, we were (almost) certain that we'd also see an Apple tablet. Well, we were wrong. However, maybe Apple is being strategic with their marketing plan. Who knows, right?

In any case, the engineers and marketers at Apple are blessed with innovation, creativity, and a lot of talent. Let's hope they use their talent wisely as they prepare to launch this upcoming new device.
Posted by Unknown at 9:46 AM