How much storage do you need on your smartphone? 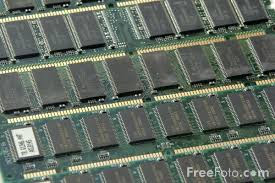 Right now, some smartphones like the Apple iPhone 3GS are capable of 32GB of storage. It won't be long before we see iPhones that have 64GB of space. How much do we really need?

At one time, I remember experiencing tremendous frustration because my medical apps (which are typically quite large) would not fit on my smartphone. I'd run out of internal memory (RAM) and I didn't always have the option to install an app on a memory card. Now, today's smartphones are coming with much more internal memory, but some obviously have much more than others. Even if you choose to store an entire medical encyclopedia (like UpToDate) on your smartphone, you won't be using much more beyond 1 or 2 GB.

Now that we have smartphones that have 32GB of storage space, you can easily store MP3 files, videos, and many other forms of multimedia on your device. It's great, isn't it? When's the last time you got an "out of memory" alert on your smartphone?

It's a shame that Windows Mobile smartphones still don't have much internal memory. My current HTC Touch Pro2 has 512MB of Flash Memory and 288MB of RAM. I find that it really confuses many people when you describe memory using those terms. The HTC Imagio has similar specs. The Samsung Omnia II has 512 Flash/208 RAM (+ 8GB of internal user memory), so that's a little bit better.

What about BlackBerry? Well, the BlackBerry Storm2 9550 has 256MB Flash Memory, 256MB RAM, 2GB On–board memory. That's an improvement over the original Storm 9530, but it's still nowhere near Apple's iPhone.

So when will other smartphone manufacturers catch up with Apple when it comes to internal storage space?
Posted by Unknown at 4:14 PM