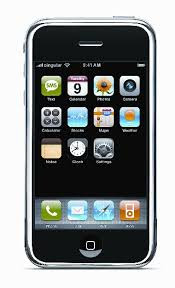 There are growing rumors regarding the next generation iPhone. I will not be surprised if it's called the Apple iPhone 4G. By then, we may be using a different system and the distinction between CDMA vs. GSM may not be relevant. Let's wait to see how networks transition from 3G to 4G and UMTS.

So, here are some of the rumors floating around:
I guess Apple must not have any plans to release a thicker version of an "iPhone Pro" and include a hardware slide-out QWERTY keyboard. Personally, I think that would attract many business users who rely on buttons for typing. Apple should offer both an iPhone 4G and an iPhone "Pro" 4G. Then again, maybe by the time the 4G comes out, we'll be so accustomed to on-screen typing that we won't want to go back to a hardware keyboard.
Posted by Unknown at 11:35 PM