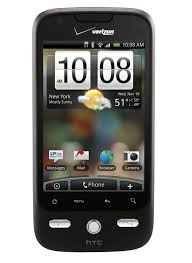 I'd like to thank the folks at QuantiaMD for sending me an HTC Droid Eris so that I can test some medical apps on the Android platform. I just received the test phone and since I'm on vacation starting tomorrow, I'll have plenty of time to test medical apps, including the free QuantiaMD medical app that's currently available for the Apple iPhone, the iPod touch, BlackBerry, and Android. What can you do with QuantiaMD? Click here to find out.