Pros and Cons of jailbreaking your iPhone 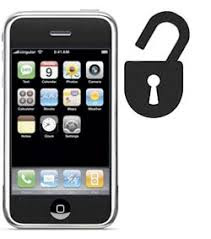 People are hacking their iPhones to install custom apps, modify the user interface, or to enable certain features such as tethering. Why not just call it hacking? After all, it's a hacked phone. Well, the term jailbreak has stuck and PC World (or Mac World if you prefer) has released a short, but simple article titled, "Jailbreaking your iPhone: The pros and cons."

In my opinion, the main benefit of jailbreaking your iPhone is to access more third-party apps. After all, does it make sense for Apple to filter and approve only certain apps? Shouldn't anyone be able to create an app for the iPhone?

The biggest con is this: stability and security. Those two things really go together. I understand that for some people, "bricking" the device so that it's completely cold and dead may be the biggest con. However, people who are doing the jailbreaking are often experienced enough that they have confidence in their jailbreaking abilities. Now, if you have a jailbroken iPhone, then you could be at serious risk.

So, should you entertain the possibility of jailbreaking your iPhone? Make sure to read this article before you decide.
Posted by Unknown at 3:32 AM