Flashing the ROM on my HTC Touch Pro2 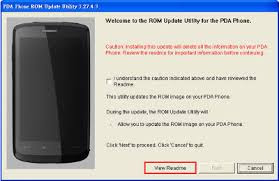 I couldn't help myself. I had to try to new Windows Mobile 6.5 ROM on my Verizon HTC Touch Pro2 smartphone. I probably should have waited for the weekend, but I just couldn't resist. I've flashed many ROMs on my older HTC phones, so I was very comfortable with a ROM upgrade.

Here's what happened:
So the entire process took less than 15 minutes. I immediately noticed new icons, more color, and a slightly improved interface. Here were my first impressions of Windows Mobile 6.5 on my Touch Pro2:
So, was it worth the upgrade? I suppose it was since I was going to eventually upgrade. There's a part of me that's eagerly waiting for Windows Mobile 7 and hoping that it will be a significant improvement to the current Windows Mobile 6.5 OS. Unless Windows Mobile 7 is a stellar OS, I suspect that I'll be using an Android smartphone fairly soon.
Posted by Unknown at 9:44 AM