Top 10 smartphones according to PC World (and my thoughts) 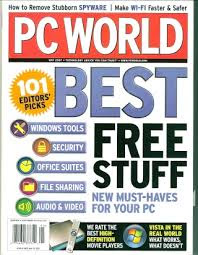 According to PC World, the Motorola Droid running Google's Android OS is the #1 "top smartphone." Surprised? The Apple iPhone 3GS is #2 and the Google Nexus One (Android OS) is #3.
Speaking of the iPhone, many people will argue that the iPhone 3GS should be #1. For 2010, I could make a very compelling argument that the iPhone is the #1 medical smartphone. However, I'm also a strong believer that this could (and probably will) change over the next few years. Having said that, let me say that I still highly recommend the Apple iPhone to physicians who are interested in getting a new smartphone. Many physicians still use older devices like the Palm Treo and they're accustomed to the original Palm OS. They have a Mac at home and all their colleagues in the hospital have an iPhone. Should they get an iPhone? Yes! Should they get an Android smartphone? Not unless they're willing to wait for the release of additional medical software like Epocrates or PEPID.

If you're planning on getting a new smartphone in 2010, go with the iPhone (unless you can't switch to AT&T). If you can wait, then wait and see what happens with Android. You may also be fairly happy with webOS as long as you can wait for software, but why would you want to choose webOS over Android?

To view the PC World list of the "Top 10 smartphones," click here.
Posted by Unknown at 8:04 AM