When will iPhone tethering become available? 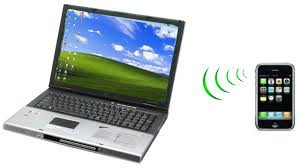 Here's one of the biggest complaints I hear from people who switch to the Apple iPhone: "I can't tether."

Tethering is when you use your smartphone as a wireless modem for your laptop, tablet, netbook, or desktop. It's a great way to get online without using a dedicated wireless card.

If you're someone who used to tether with a Treo, a BlackBerry, a Windows Mobile, or an Android smartphone, you'll miss the ability to tether if you get an iPhone. AT&T has been talking about tethering for a while now, but I don't think their network can handle that level of data bandwidth if a significant percentage of iPhone users started to tether with their iPhones.

The nice thing about having a Windows Mobile phone is that I can still tether. When I'm using an Android smartphone, I can tether. If I switch to a BlackBerry device, I can tether. The Apple iPhone 3GS is capable of tethering, but AT&T is not allowing it, so it's a useless feature on the iPhone. When will tethering become available on the iPhone?
Posted by Unknown at 7:57 AM