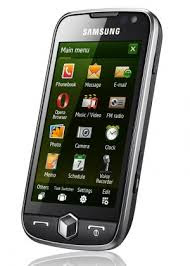 The Samsung Omnia 2 (or Omnia II) is coming to Verizon Wireless and it's going to be a really nice Windows Mobile smartphone. If you're familiar with the original Omnia, then I think you'll be impressed with the improvements you'll see in the Omnia 2:
If you're dying for an Apple iPhone but you're stuck on Verizon, I would suggest waiting for a Google Android smartphone. However, if you're more interested in running a variety of medical software, then I would suggest the Samsung Omnia 2. You won't get a hardware QWERTY keyboard, but you'll have a nice multimedia player smartphone.
Posted by Unknown at 5:20 AM