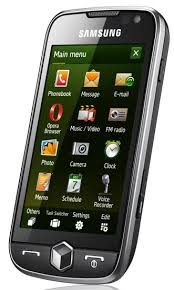 The Samsung Omnia II launched earlier this week and I've been seeing some mixed reviews about this smartphone. Some feel that the Swype technology works well while others don't seem to care for it. Most like the AMOLED display (but you can expect poor visibility when you're outside). The software running the user interface seems to be associated with a love/hate relationship. The widgets drain your memory and may slow things down. I think I prefer the HTC interface called TouchFLO. The lack of a built-in stylus? Well, my HTC Touch Pro2 has a stylus, but I rarely use it since I'm almost always using my finger to navigate on this device. However, if you're planning on running Epocrates, plan to use a stylus (note that Epocrates does not currently run on Windows Mobile 6.5, so you'll have to wait before you can get it to run on the Samsung Omnia II).

Let's see what happens as more reviews get published over the next week.
Posted by Unknown at 11:59 AM